IN CONVO WITH: DALLY – BEING BRAVE 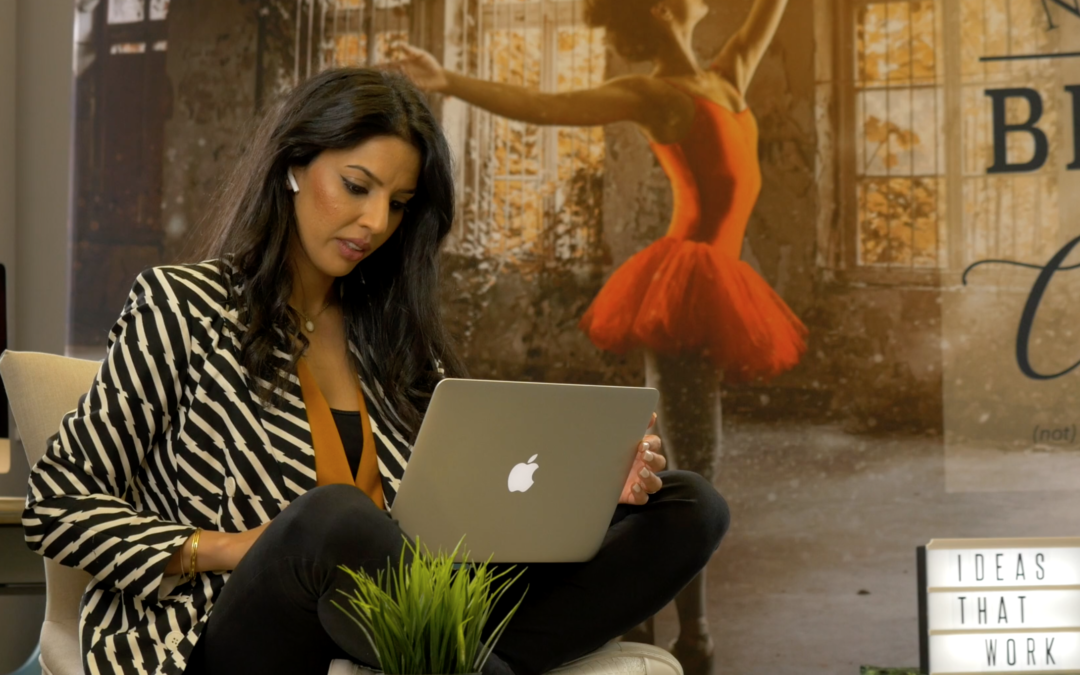 December 2016 – I signed a lease to a new studio, and acquired the business I worked in for over 7 years.

It’s a Christmas I certainly will never forget. Most of the festive break was spent in Ikea choosing new office furniture and buying other quirky bits to create a studio which felt like home as well as re-branding and building a new website.

We’d always closed over Christmas as a business and returning in Jan 2017 was very surreal. Here we were, new place, new brand, new owner, more or less the same team. I remember my first job as a designer, my director at the time said to me, after just a few months in – “you’ll have your own agency one day”. At the time, I took this with a pinch of salt, I was 21 and just a few months into starting my career.

I moved to Leeds 18 months later – I had studied here and met my partner, who I ended up marrying! My journey started at a design and print agency – I progressed very quickly and soon realized that my skillset was far wider than just the training I had at university – which was in graphic design. I took a real interest in business development.

In 2016, the Directors decided they wanted an exit strategy after being in business together for 35 years – so they approached me with a proposal to acquire the business at the end of the year. So much went through my head, initially excitement over the fact that this was an easy route to becoming a business owner of a business I knew so well. Excitement was short lived, I suffered immensely with imposter syndrome, questioning whether I was good enough and resilient enough to run a “proper” business.

Fear started settling in, even though I had said that it would be something I was interested in. Out of curiosity, I started job searching, just to see what was out there. It was at this point I realised I had become unemployable. My skillset and interests were very broad. I was no longer interested in being an artworker or graphic designer, yet account management didn’t appeal either as I thrived off creativity. Job hunting and this realisation left me with no choice but to go through with the acquisition and just go for it!

Christmas 2016 was unlike no other. I spent my days in queues at Ikea shopping for furniture rather than trying to bag a bargain at Zara. I rebranded the business, moved into our premises and launched a website, all within 3 weeks.

So, here we were Jan 2017, new place, new brand, same people (almost). I fell into my role quickly. I knew what I needed to do to transform the business I had acquired. I knew processes needed to be put in place, our target audience had to be better identified and our product and service had to diversify. It was difficult to break team members out of old habits – including me, but we all embraced the change.

Very quickly, I was confident that the direction I had chosen (without much choice) was the right one for me. The business went to new heights. We attracted a whole new client base, we serviced existing clients better, which meant a higher retention rate and we were really starting to do the work that we really love, working with people who shared similar values to ours.

I’m 3 and a half years in now and to be honest I have never looked back. That doesn’t mean I don’t doubt myself – I do this often, in fact 2019 was a year filled with self-doubt. What helped me through this apart from my amazing team, was having a very supportive and like minded network around me. Trust worthy people, who I knew had my best interests at heart were the ones I leaned on for advice and comfort. I also had to take time out from social media to reconnect with my aspirations and goals for the business.

Of course, 2020 is a whole different story – I started the year with the mindset of “this is the big one” – “we’re going to smash through our goals.” The pandemic certainly put some of those things on hold, but we’re not holding back, as a business, we’re giving the rest of the year the best we’ve got!

It would be easy for me to say, my biggest advice for anyone who wants to start their own (or acquire) business is to just believe in themselves and go for it – but that wouldn’t be very honest of me. I am not a huge risk taker, every risk I take is calculated, I think of back up plans before I make big decisions – I was always told this was a flaw and It held me back. However, I now embrace my logical and analytical side, It has served me well in making decisions that I know I can trust.

I also don’t believe in the motto “believe in yourself and it will happen.” You have to take action to make things happen. Belief alone can’t achieve things. I also believe in small steps. I used to (still working on) be a perfectionist – always giving myself a hard time. However, my new motto is “progress over perfection.” I take small steps on a weekly basis to ensure we are meeting our marketing strategies and moving forward as a business. I try not to overthink the small things and worry so much about every detail, and just focus on making things happen.

My confidence is a roller coaster – it is up some days and down others. But, I don’t mind the low days, they teach us something too. I have always analysed challenges and wonder what lesson I can take from them.

What I am most confident about though, is that I can indeed run a “proper” business.